Heya the intertubes! A small break from the Darksiders content for a bit. Recently Riot released the first champion for League of Legends that I've had a part in, as such I can finally share some of my concept work for him! woo! Alot of artists had worked on previous iterations trying to figure out what the team wanted out of a praying mantis like assassin champ. My explorations were minimal since there was a clear idea about what the hoped to see out of a character like this. However he did change substantially mid development, which is not abnormal, due to tech restraints and origin story edits. 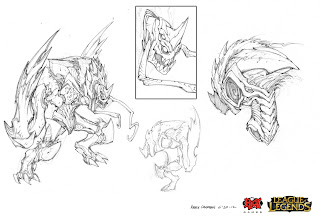 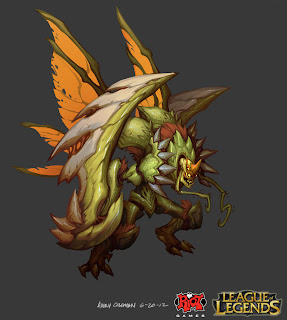 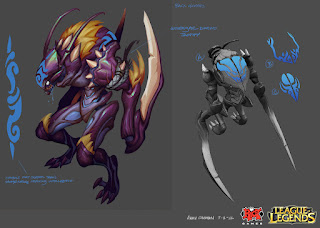 Here's a shot of how he ended up looking in the game. Here's also a link to the release page for more info.
http://na.leagueoflegends.com/news/khazix-voidreaver-revealed

Posted by Avery Coleman at 9:41 AM