Hiya! I wanted to show you guys some more of the angel stuff I worked today! There was a need to revamp the citadel outpost angels for DS2 so that they looked a bit more fantasy and also differentiate them from the  Hell Guard angels from DS1 since they would be making another appearance. Plus we needed versions of those new angels that were corrupted in degrees.
This was the first line up of angels that really was hitting the mark of what we wanted. This was another case where we needed these angels to conform to an already existing rig. Because of this most of our changes to these new angels was focused on their wings, heads, and bust area accouterments.

In the same breath we wanted to introduce a new NPC character to act as a quest giver of sorts in the area. Not actually sure what his name ended up being, haha! I can't wait to find him when I reach the angel zone in the game!
I really liked the idea of the old beat up general angel. Maybe had a bunch of metals and a prosthetic hand sword?! Turned out not to be the right direction for this character specifically, but maybe the idea will come back again for something else. 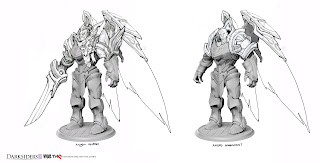 Here was the final for the new angels for the citadel and versions of their corruption.

Here was the final for the quest giver NPC angel. 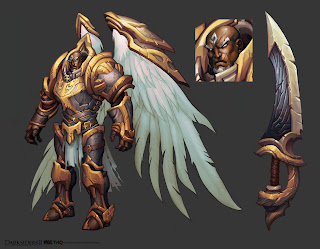 And here's his final in game model by the amazing mobiles team at Vigil! 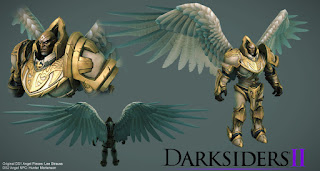 I've been showing alot of the side characters from the game. Tomorrow I'll try posting some of the more main characters I got to work on with the team. See ya then!
Posted by Avery Coleman at 1:16 PM No comments: 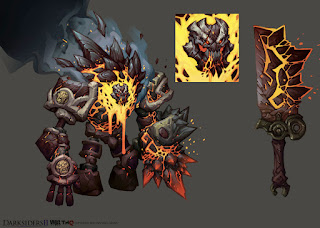 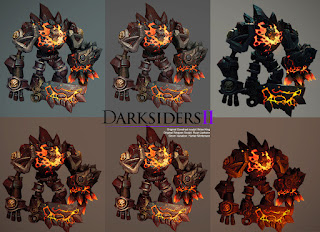 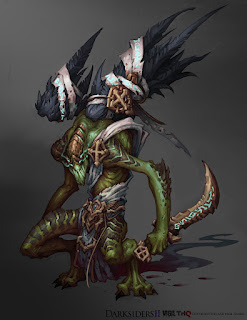 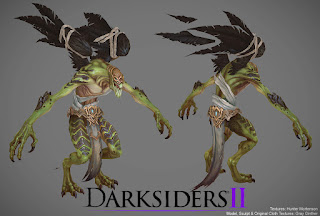 Hello the intertubes! sorry for the brief lapse of promised content! Today I wanted to share the Scribe! My brief for the character was a fat fat corrupted angel who had sat on his angelic throne for eons recording the histories of heaven. He needed to come across as a villain, but also to convey a sense of helplessness when his boss fight was over.

These were the explorations presented to the team to consider. Other more crazy and far out versions where done but later regarded as outside what the team wanted to accomplish with the character. We needed our floating fat man to be just that for this role! 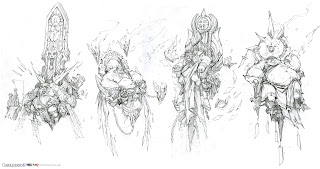 He aslo had a more disgusting face and was blind early on. After a few itterations though we had the problem of not feeling sorry for him anymore when he pleaded for his life at the end of the fight. We needed a human face to empathyse with. 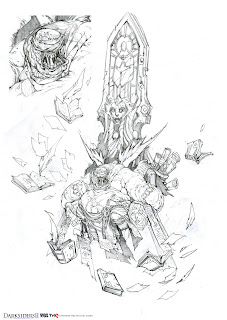 So we made other aspects of the character more monstrous and supernaturally dangerous instead. It was suggested that we have corruption tentacles spew out of his gut and attack death. These were a few ideas about how that could look. 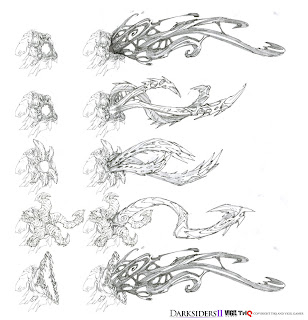 At one point we also considered giving him magical arms that could appear to do some epic smashing. I favored the idea that they would be made out of the pages of the library's books he wrote his many prophecies in. 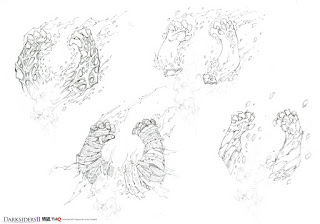 While the team considered how these two systems could work for gameplay and what our technical constraints were i moved on to the final concept with all my direction in mind.
This is a WIP of the final when I was originally going for a darker look for a corrupted angel. I keyed off of some the darker colors found on Abandon from the first game in his corrupted state. 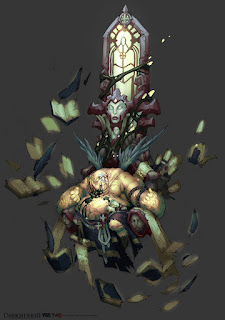 In the end we decided it was best to have him built out of normal angelic colors to help convey that he was still an fundamentally an angel. We could let the corruption goo and all the muck that shot out of this stomach tell the story of his fallen state visually.

This is was the final concept piece. 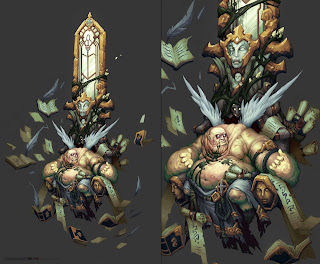 And a shot from in the game. 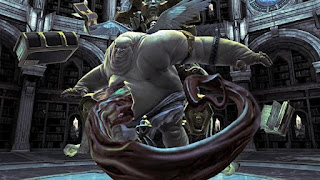 It was an absolute blast working on a big ol' fat guy in a game where everyone else was so built and in perfect shape. Gross was way fun, and a nice change of pace! More to come guys and more regularly haha!

Posted by Avery Coleman at 2:17 PM No comments: 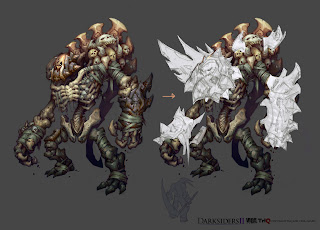 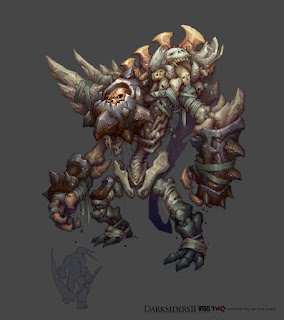 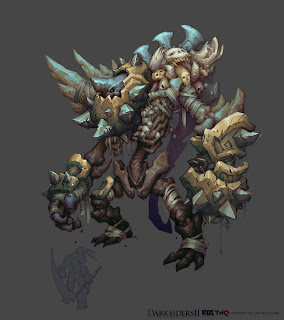 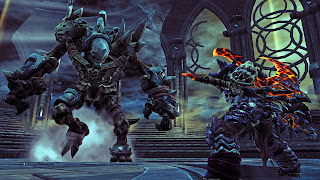 Heya the intertubes! Still haven't put up my Darksiders art dump of DOOM! But here's another quicky portrait. I enjoyed the Samus quicky so much I wanted to do another of Frog from Chrono Trigger. Darksiders art is on its way soon! 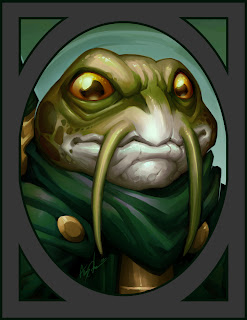 Heya everyone! A quicky portrait just for fun this morning.
Also! I'll be finally posting an art dump of my Darksiders 2 work over the next week, and can't wait for you all to see. Be back then! 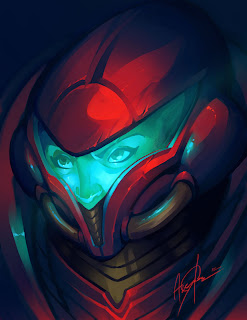 Posted by Avery Coleman at 3:26 PM No comments: